We all slept in a bit.  Jeff suggested he and Daisy drive separately and we go up to Ft Wayne for some Thai food before I continued into Michigan.  Sounded good to me.  The food was excellent!  While there, Daisy mentioned there was a place nearby with air hockey.  Of course, I had to go and defend my title of Air Hockey Champion of the Universe (no, really).  I think we last played air hockey together in 2005(?) in Florida.

I successfully defended my title in my game with Daisy, but lost it to Jeff.  So, Jeff has the title until next time…

We said our goodbyes and I checked my route.  I had charged overnight at their place and had built up enough range that I could skip Angola and take a shorter route through the corner of Ohio.  After I crossed the state line into Ohio, I decided to send a text to Jeff and Daisy that said, “I’m behind enemy lines”.  Jeff responded with something like, “Be careful good soldier”.  So… WTF, right?  Well, back in college, we were joking around one day and at some point we decided we needed to declare war on Ohio.  (yes, I know).  And we never resolved that conversation in any way over the years.  I share this text because it leads to something in tomorrow’s blog entry.  🙂 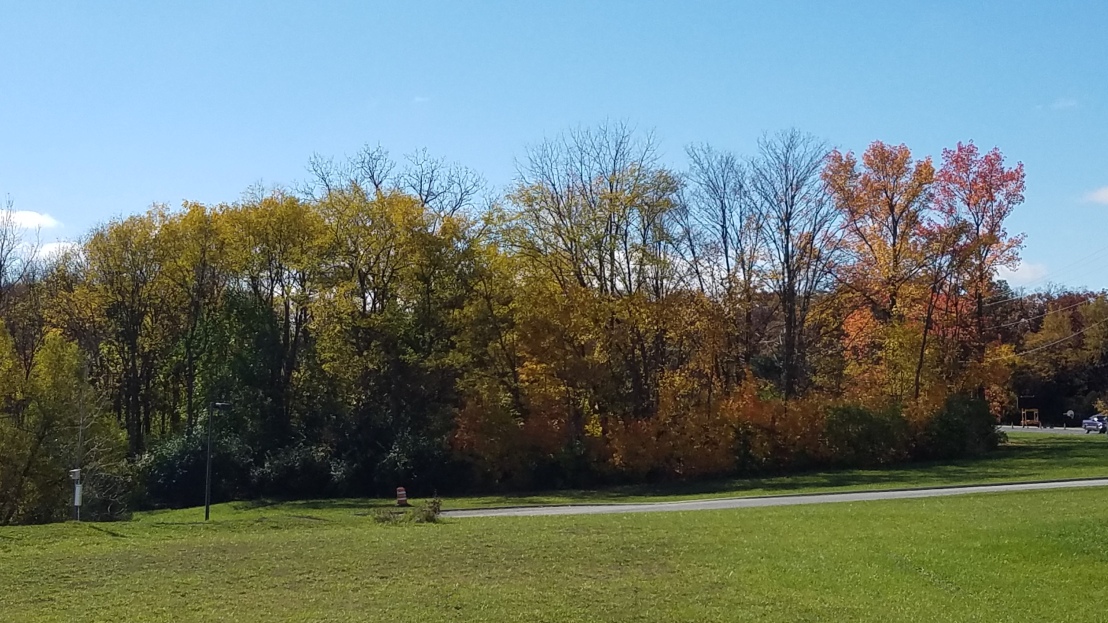 I arrived in Ann Arbor around 5:30pm and decided to go check out downtown.  I parked in the garage and walked around the neighboring blocks.  I stopped in the Arbor Brewery for dinner and to sample the local brews.  The food and beer were good.  Another place was all about cherry products, including wine made from cherries.  I tasted three, all of which were sweeter than your typical red wine.  After walking a bit more, I headed back to the charger to decide what to do for the night.  I found a good deal on a hotel so headed there for the night.

Upon arriving at the hotel, I realized my laptop had not charged while traveling so I could not write my updates.  I watched a movie and called it a night.